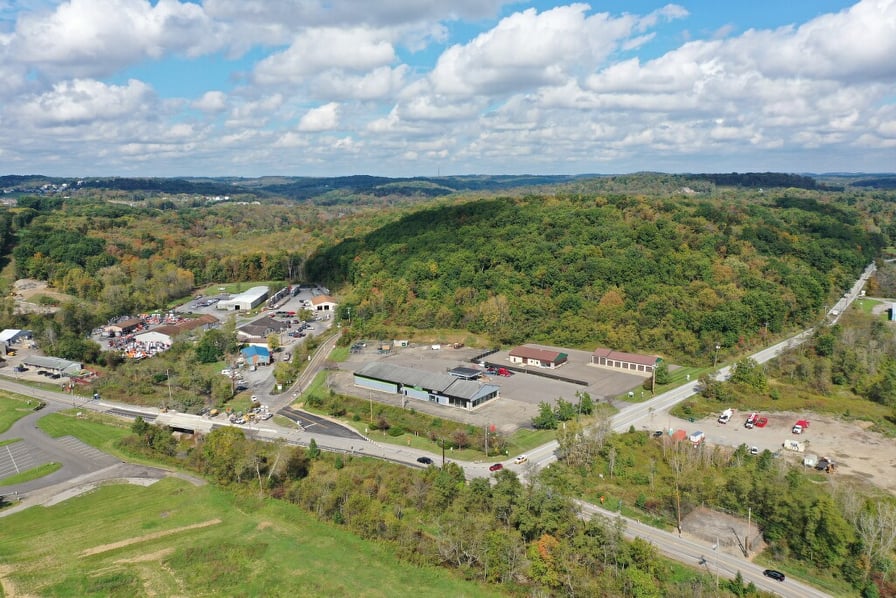 The building itself is about 18,000 square feet, most of which is dedicated to installing window tint, paint protection film, and ceramic coatings. For now, another portion of the building will be used for climate controlled valet-style indoor storage for cars. 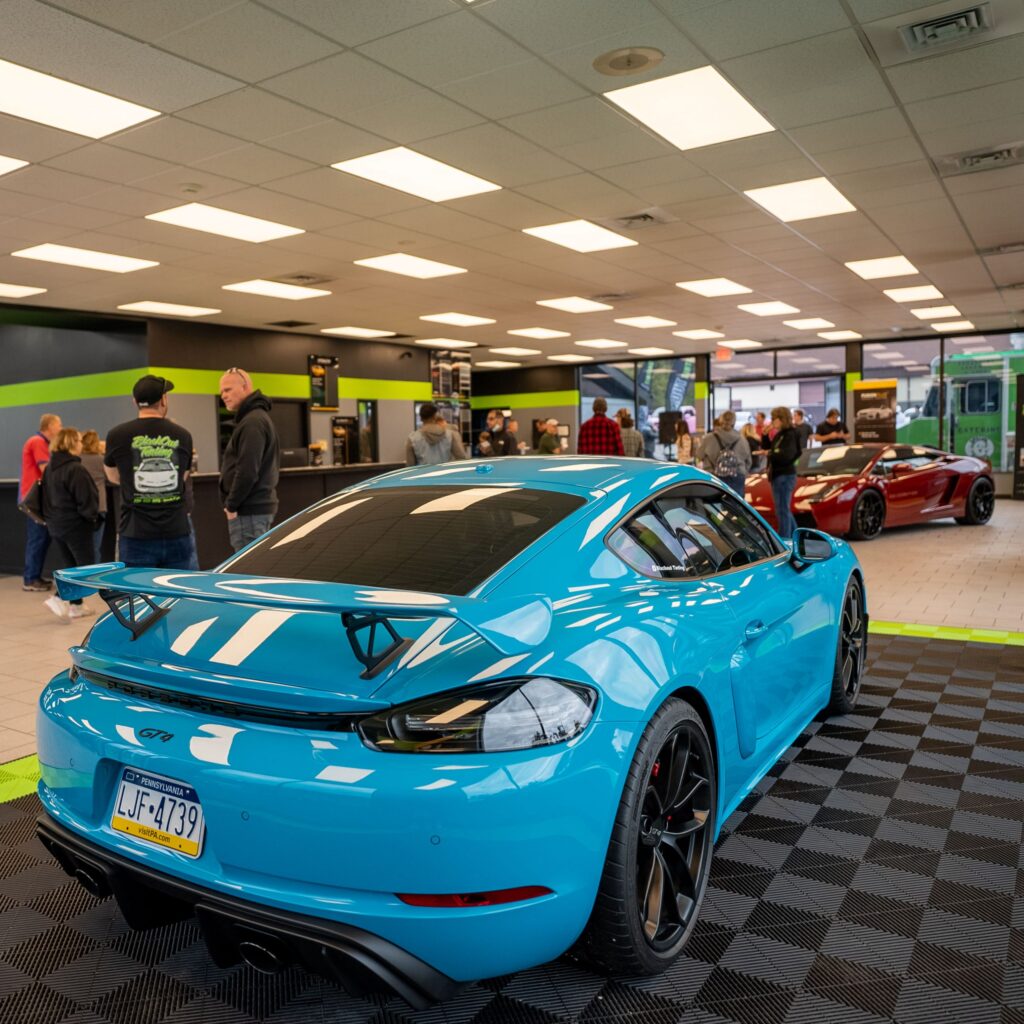 We made major improvements to the building over the last few months. First, the existing overgrown landscaping was removed and replaced. The entire interior and exterior of the building was cleaned up and painted with our gray, black, and green paint scheme. Every light inside the building was swapped out to LED to help us use less energy, and to improve lighting as everything we do is highly detailed and requires excellent lighting.

The showroom is also very large and features space for two vehicles on display.

There is a waiting area equipped with new couches, TV, a workstation, and coffee station if you need to wait while your car is being worked on.

The property is also expansive, covering about 4 acres and almost entirely paved. We are excited to host shows and car club events in the future! Blackout Tinting North Pittsburgh is here! Stop by and see us and check out the new facility when you are in the area. 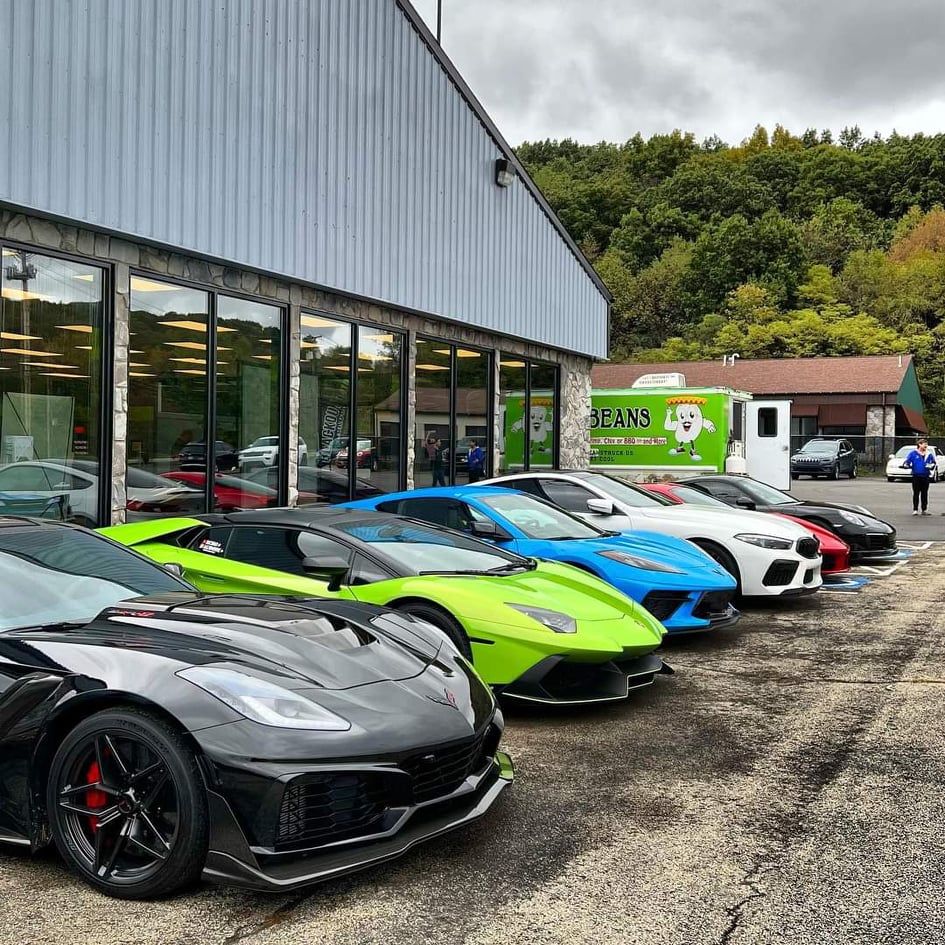